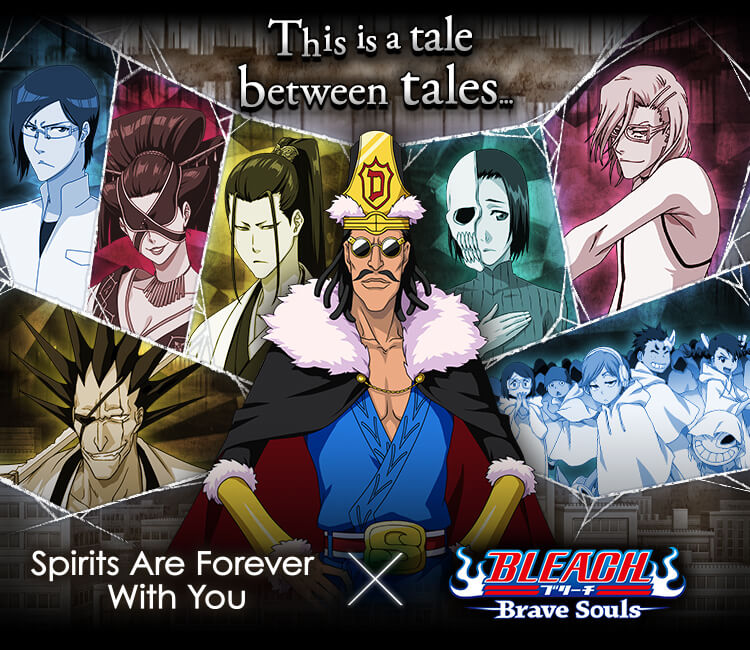 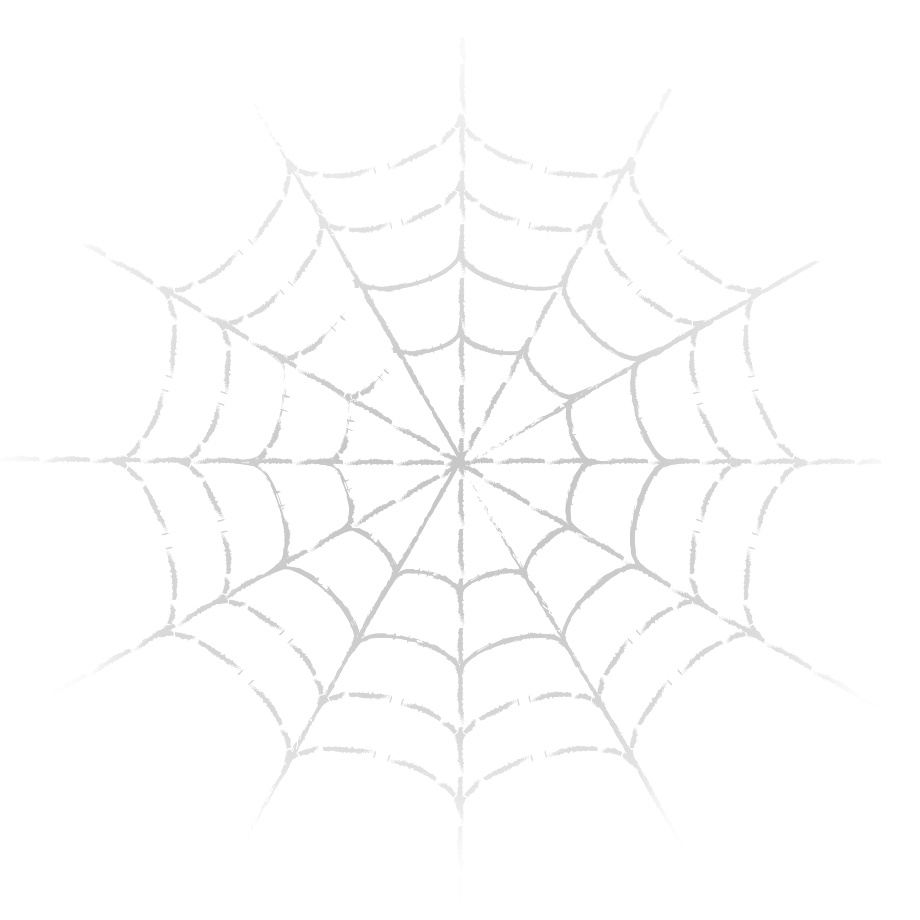 What is SAFWY
about? Character
Profiles

What is SAFWY about?

An Arrancar who bears a striking resemblance to Szayelaporro,
a notorious criminal who has escaped from the Muken,
a group of Arrancar children called the Picaro,
Kenpachi Zaraki and
the members of Squad 11,
and Don Kanonji,
the century's premier spiritualist,
all converge on Karakura Town
in order
to capture and eliminate an
elusive skull-faced woman. 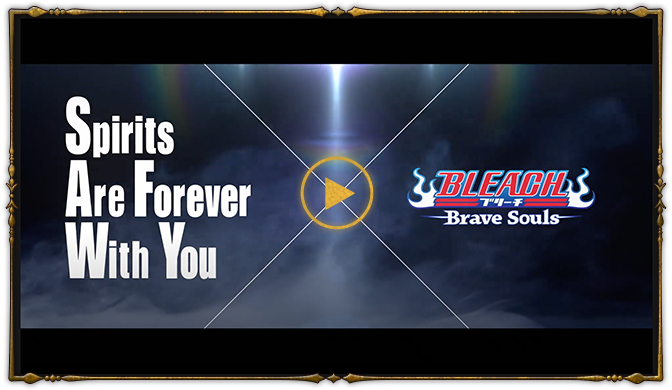 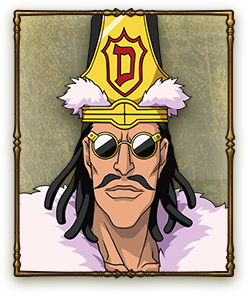 Misaomaru Kanonji, AKA Don Kanonji
In order to protect Roka from her captors, he does his best to be a hero. 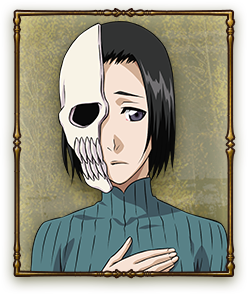 A Woman with a Pure-White Skull Mask
She appears in many places in the world of the living, the Soul Society, and Hueco Mundo. She was assumed dead after being crushed by Yammy. 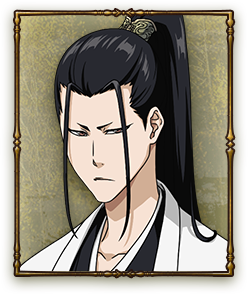 The 8th Kenpachi
The mysterious man who challenged Kenpachi Kuruyashiki to a duel. He was a notorious criminal who was incarcerated in the Muken, but he takes advantage of the chaos to escape and spread disaster in the Soul Society and the world of the living. 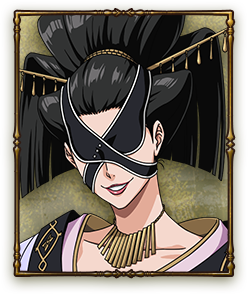 A Blindfolded Woman with a Lascivious Appearance
She follows Kenpachi Azashiro around and loves to toy with him with her piercing laugh and wild behavior. 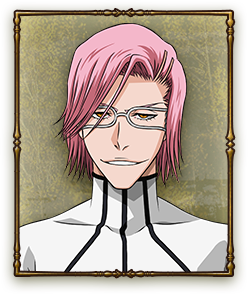 An Arrancar presumed killed during the fight with the 13 Court Guard Squads. What could the reason for his reappearance in the Soul Society be? 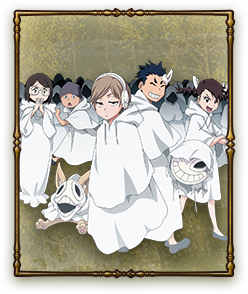 A Mob of Child-Like Arrancars
Fearsome beings capable of both innocence and cruelty, their capricious behavior will determine the way the story unfolds. 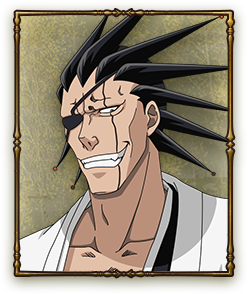 The 11th Kenpachi and Leader of Squad 11
He wears a special eyepatch that allows him to enjoy fighting for long periods. Eager for the chance to fight the 8th Kenpachi, Azashiro, he journeys to the world of the living. 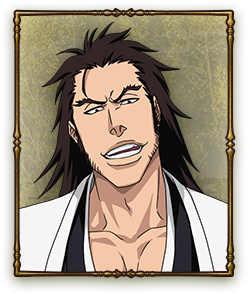 The 7th Kenpachi
A fierce warrior who fought alongside Shunsui many hundreds of years ago. One day, he is challenged to a duel by an aristocratic looking man, and before Shunsui's eyes, the title of "Kenpachi" passes to the eighth generation. 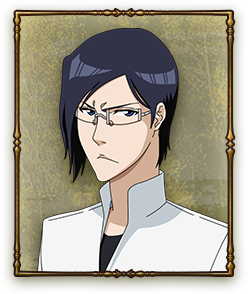 A Quincy Who Lives in Karakura Town
He works with Don Kanonji, who finds himself caught up in the disaster. Though he approves of Don Kanonji's dress sense and accessories, he cannot countenance the man's choice of colors.

Who is Don Kanonji?
The simplest answer to that question is
that he is a charismatic spiritualist
who is a hero to children all over the country.
And now he is coming back to the place
he calls his second home: Karakura Town!

250 years ago in the Rukon District,
an Arrancar scientist sets in motion
a spider web-like series of events
that will continue to extend their tendrils to the present day,
the beginning of which concerns Squad 11 captain "Kenpachi."

In the present day, a skull-faced woman appears in Karakura Town.
Meanwhile in the Soul Society,
a notorious criminal wearing a captain's cloak who was supposed to be locked away in the Muken and a man who bears a striking resemblance to the dead Arrancar Szayelaporro attack.
At the same time,
a group of Arrancar children called the Picaro also appear in various places.
Kenpachi Zaraki and the members of Squad 11 scour the Soul Society and the world of the living in search of the skull-faced woman and a good fight.

Unbeknownst to him, Don Kanonji is somehow involved in all of this.
Unaware of the impending doom,
the hero begins to walk quietly along the path of tribulation.